PEOPLE – UNDERTAKING: The Podcast
In the early days of the show it was a scramble to book guests. Now, they’re inundated with requests. With over 350 guests (some are repeats) in the past four years, I asked them who sticks out as a favorite. Waters instantly says Thomas Lynch. Through all of the laughter, sadness, and information shared on Undertaking: The Podcast, I asked them what they thought the impact of the show has been. “There is a want and need for this information,” Ballard says of their growing fan base. But there is a tangible impact felt by the hosts.

PLACES – Tom M. Wages Funeral Service
For family, friends, colleagues, and the community he served so diligently, there remains a certain fascination surrounding the life and career of Tom M. Wages, Sr. To describe him as the quintessential Southern funeral director would be an understatement. Wages was an indomitable presence who could conquer any conversation with his disarming wit and playful charm. Widely known and adored for his magnetic personality and energetic nature, he was a fiercely tenacious funeral director and the embodiment of the profession he remained unwaveringly devoted to his entire life.

PASSIONS – John T. Hill
Some funeral directors are able to tell captivating tales of their early encounters in funeral service. Perhaps they received the calling at a young age or endured a tragic loss. Others may simply be heirs to funeral dynasties. My reasons are not quite as compelling. My story is out of change, and funeral service has changed my life. I felt an intense calling to be an embalmer. I took advantage of any opportunity to learn more about the art, the science, and the practice of embalming. Every day in funeral service is an event. You never receive a second chance to make a proper first impression. Families going through the worst deserve the best at all times. 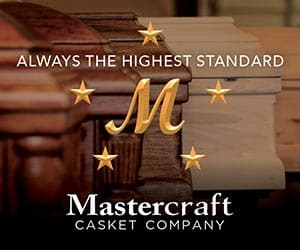